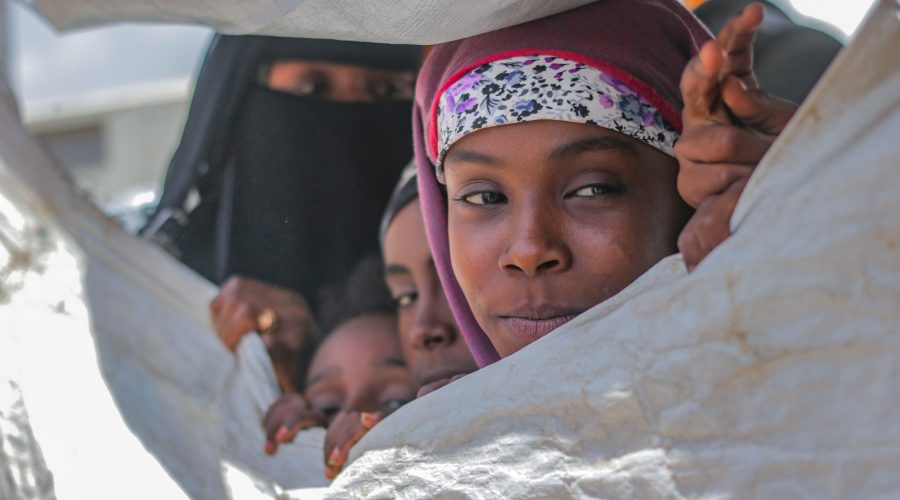 According to UN reports, Yemen remains the largest humanitarian crisis and relief operation in the world. It is the result of the armed conflict that started six years ago. Tens of thousands of civilians were killed and wounded, causing enormous suffering to Yemeni people.

In 2020, the conflict intensified, the number of front lines increased from 33 to 49, and 172,000 people were displaced, raising the number of internally displaced people to at least 4 million, the economy and currency continued to collapse with the depletion of foreign reserves and the inability of the government to support foodstuffs and other goods Which Yemen depends on imports by 90%. The situation has been exacerbated by the global downturn of COVID-19, which has led to a sharp drop in financial transactions  – the largest source of foreign currency and a lifeline for many families where 80% live. As a result, millions cannot afford their basic needs

Based on the 2021 HNO analysis, it is estimated that 20.7 million people – 66% of the population – require humanitarian assistance, 12.1 million are in dire need, and that these people face crisis or worse levels of severity of needs, in obtaining the necessities of life, and keeping their health and well-being.

Marib in central Yemen , the eastern of Sanaa has turned from a secondary city to a central city for the internationally recognized government, and since the Houthis took control of the Yemeni capital in September 2014, it has attracted the largest number of locally displaced people , their numbers reached,

according to the Executive Unit for the Management of IDPs Camps, To more than two million displaced people, including families of soldiers and opponents of the Houthis, in addition to those who lost their sources of income and  displaced in search of compensation.

The issue of internal displacement in Yemen is not being discussed in proportion to the scale of the disaster. There are families who have been displaced up to five times due to escalation of conflicts . The head of the executive unit for managing the camps for the displaced in Yemen, Najeeb Al-Saadi, believes that the world has experienced the migrant crisis in Syria and other countries, which witnessed bloody conflicts in the past years, but in Yemen, the crisis for external public opinion was less present; Because of the failure to highlight the internal displacement commensurate with the crisis, as there are about four million internally displaced people, who left their homes, forcibly to camps or temporary housing in different cities, their suffering is almost forgotten, and they do not find sufficient humanitarian attention and support.