As part of the tenth Aid Them campaign implemented by Albadyh Foundation during the year 2022 AD in cooperation with a number of associations and institutions, the Foundation implemented, during the first half of October 2022 AD, the Food Basket Project with funding from the Türkiye Diyanet Vakfı.

In Hadhramaut Governorate, Albadyh distributed 300 food baskets to the needy and poor families in the Cotton District, benefiting 1,561 individuals.

In the Ma’rib governorate, Albadyh, in cooperation with the Good Land Foundation, distributed 300 baskets in the Medina camp and the We are a Nation camp, which included displaced families and orphans, benefiting 2,107 individuals.

In Taiz Governorate, the Foundation, in cooperation with Humanity Mercy, distributed 200 food baskets to poor families and orphans, benefiting 1,112 individuals.

In Lahj governorate, in cooperation with the Yemen Red Crescent Society, Albadyh distributed 100 food baskets in the districts of Tibn and Al-Houta, benefiting 595 people.

During the implementation of the project, the Director of Programs and Projects Department at the Foundation, Brother Magdi Rabie Bashiout, stressed the importance of implementing this project to contribute to alleviating part of the suffering of many displaced families in the camps as a result of the recent events in the country, praising the cooperation of the local authority in the governorates, participating associations and camp supervisors in implementing the project, adding This campaign comes within the tenth campaign, “Relieve Them,” which is being implemented by Albadyh, in cooperation with a number of donor organizations, both internally and externally. 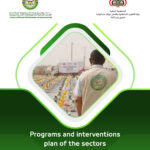 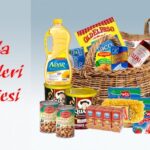